Orangutan numbers drop as much as 30% in Malaysian palm oil estate forests: WWF 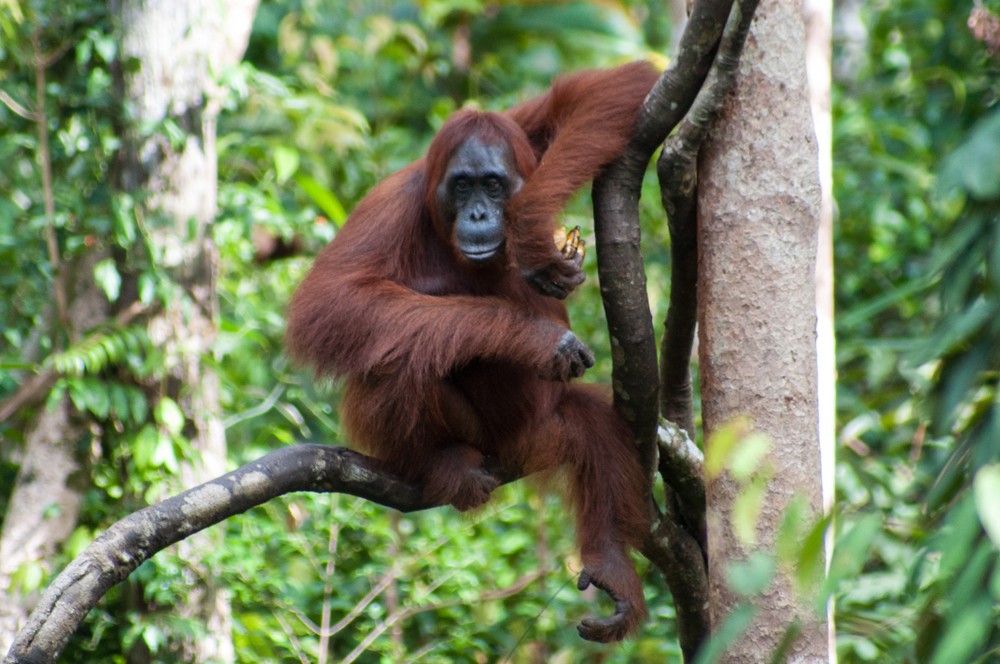 Orangutan in the branches above the feeding station at Tanjung Puting National Park, Central Kalimantan. (Shutterstock/File)

Orangutan populations in forest patches found in oil palm estates in the eastern Malaysian state of Sabah fell as much as 30% in 15 years, but the overall population of the species in the area is stable, World Wide Fund for Nature (WWF) said.

WWF's findings, which it says are the result of the most intensive survey ever done on any great ape in the world, show that orangutan numbers fell by 30% and 15% respectively in Kulamba and Tabin, in eastern Sabah, between 2002 and 2017.

Orangutans are found in the rainforests of Borneo, where Sabah lies, and on the Indonesian island of Sumatra.

At least 650 orangutans were lost in protected areas of Sabah's eastern lowlands between 2002 and 2017, WWF said. The overall population of orangutans in Sabah remained steady at around 11,000.

"While the orangutan population has stabilised in large forest areas, their numbers declined in forest patches within oil palm landscapes of the eastern lowlands of Sabah," WWF said in a statement.

"The monoculture nature of oil palm plantations means that they tend not to support species that are dependent on forest environment like the orangutan."

But forest patches within plantation landscapes allowed orangutans to travel between forested areas and were key to their survival, especially in the lowlands of Sabah, said Augustine Tuuga, director of Sabah Wildlife Department.

Malaysia relies on palm oil - a commodity used in everything from chocolate spread to lipstick - for billions of dollars in foreign exchange earnings and hundreds of thousands of jobs. It is the Southeast Asian country's largest agricultural crop and export.

The palm oil industry has caused widespread deforestation over the years as land is cleared, often by heavily polluting slash and burn practices, to make way for new estates.